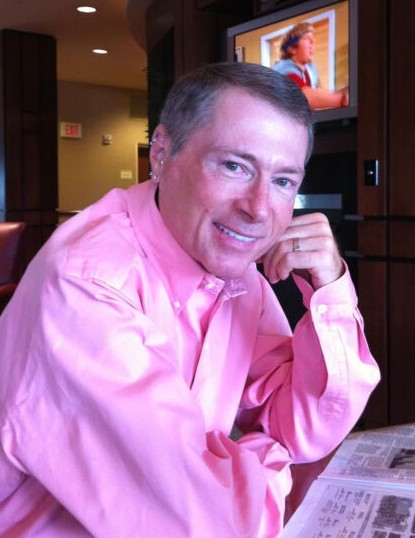 William Kelly “Beau” Clements, 65, of Glendale Arizona passed away Saturday, March 6, 2021 at a hospice group home in Phoenix Arizona from a stroke. He had been in failing health for several years.

William was born in Richland Center on May 27, 1955, the fourth of six children born to William LaVerne Clements and Florence “Pat” Arlene Lloyd Clements.

William attended St. Mary School in Richland Center, WI through 8th grade.  9th through 12th grade he attended Richland Center High School and graduated in 1973.  William entered Western Technical College in La Crosse Wisconsin and majored in computer programming.  After graduation from WTC William lived in many cities, including West Palm Beach Florida, New Orleans Louisiana, Kansas City Kansas, Reno Nevada, Denver Colorado and moved to Arizona in 1988.  He worked many different jobs from a pool boy in Florida to Project Manager at American Express in Phoenix Arizona, where he won many awards for his work.

William met his husband Michael Brockman at Charlie’s Phoenix on September 17th, 1989.  They were married on June 24th, 2008 at the Riverside County Courthouse in Riverside, California. William and Michael lived together for 31 years.  William and Michael enjoyed traveling to many places throughout the United States, including several cruises to Alaska, Mexico, and the Caribbean.

William’s wish was to be cremated. A Celebration of Life will be held in the future. In lieu of flowers, please make donations to the William Clements Scholarship Fund, Western Technical College Foundation, Coleman Center Room 130, 304 6th Street North, La Crosse, WI 54601.

Plant a tree in memory of William Kelly "Beau" Clements

Dear Michael....My sympathies and love to you.
Joe Aprile

A Memorial Tree was ordered in memory of William Kelly "Beau" Clements by Joe Aprile.  Plant a Tree

I will always remember my phone calls with Beau!  He made a difference in the lives of many people.  My condolences, Michael.

My condolences to you, Michael. I will miss my phone calls and visits with Beau and am glad I was able to meet you both. Peace to you!

Michael,
Beau Filled a place in my heart that I never knew was empty. His sense of humor always lighten my day. He was my true friend and I will miss him.
Thanking of you with love Melissa king.

A Memorial Tree was ordered in memory of William Kelly "Beau" Clements.  Plant a Tree

Dear Michael....Our sympathies and love to you. Bill was special to us and will be missed.
Love Monte and Debbie Tewalt

BASKET GARDEN was purchased for the family of William Kelly "Beau" Clements by Love Monte and Debbie Tewalt.  Send flowers

A tree was also planted in memory of William Kelly "Beau" Clements.

Plant a tree in memory of William Kelly "Beau" Clements