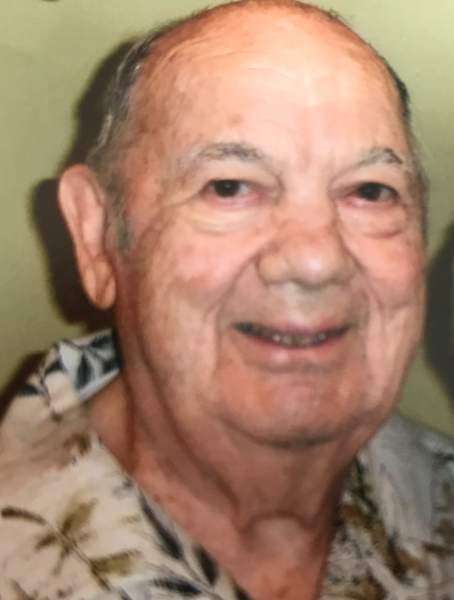 Wes Jorgensen, 86, Lt Col USAF, retired, of Surprise, AZ, and living at the Memory Support in the Colonnade, "checked out" on March 5, 2021, of plain old age. He was born May 17, 1934, in Gilroy, CA, a second son to Bessie and Hans Jorgensen. As one of 3 children, he grew up in the country in Morgan Hill, CA, during WWII and learned the hard way, milking cows before school, riding a used bike to a one-room schoolhouse, and then getting farm animals in before dark, doing his lessons by candlelight, having no TV or cell phone. He graduated from Live Oak Union High School, Morgan Hill, CA, in 1951. There was no money for college, but his truck-driving Dad wanted him to go to college. With their help and no extras, he graduated from San Jose State University in Production Engineering (having been in ROTC) as a 2nd Lieutenant in the USAF in early 1957. Having met Luanne, they married in August of that year and started their 23-year career of faithful service with the AF, travelling to many assignments over those years. After months of flight training, he became an AF Navigator and taught navigation. Duty stations included Lackland AFB, San Antonio, TX; Spence Air Base in Moultrie, GA; Webb AFB in Big Spring, TX; James Connally AFB in Waco, TX; Mather AFB in Sacramento, CA; Stillwater, OK; USAF Academy in Colorado Springs, CO; Vietnam; Wiesbaden, Germany; Ramstein, Germany; Maxwell AFB in Montgomery, AL; and Lowry AFB in Denver, CO. He received his MS in Industrial Engineering from Oklahoma State University and was a Registered Professional Engineer. From there, he taught at the Air Force Academy for 5years. After a year in Vietnam, his next assignment took the family to Germanyfor4 years in the 1970s. Back to Alabama to Air War College for more schooling, he then retired from the Air Force out of Lowry AFB in Denver, CO in 1980. He worked another military “career” for 10 years at Lockheed-Martin in Denver where he worked in the Missile Systems Division before he finally retired for good in Colorado in 1990. After some home changes in the Denver area, he and Luanne became snowbirds to Pebble Creek in Goodyear, AZ in 1997 for 19 years. They finally severed their ties to Colorado in 2012 and made Arizona their permanent home. After 4moreyears in Pebble Creek, they decided on Independent Living at The Colonnade in Surprise, AZ in 2016. He and Luanne bore and raised 3 fine sons. Throughout his life and careers, Wes was always liked by all. He was there to do that "little extra" and was always helping his fellow friend. He was a Cubmaster for a Cub Scout Pack in Germany over 120 boys and ran a Cub Scout Pack in Denver. He could fix about anything–owning fixer-upper homes and a 5-unit apartment house downtown Denver all while working a 40-hour work week. He always kept in touch with his many friends over the years, mostly military, as they were lasting friends. Survivors include his loving wife, Luanne, of 63 years; 3 sons, Greg (Dacia) of Oklahoma City, OK; Bryan (Dana) of Tujunga, CA; Don (Faye) of Del Rio, TX; granddaughter Breanna (Tom Wolfe) of Dripping Springs, TX; sister, Bonnie Michener of Arlington, TX; brother-in-law Chuck Coleman (Mary) of Thomasville, GA; nephew C.B. Coleman (Bobbi) of Lutz, FL; niece Amy Hart (Chris) of Thomasville, GA; niece Lucia Wilke (Jonathan) of Keller, TX; nephew Rob Reynolds (Rebecca) of Tulsa, OK; niece Traci Pacatte (Justin) of Arlington, TX; and many great nieces and nephews.

To order memorial trees or send flowers to the family in memory of Wesley Hans Jorgensen - "Wes", please visit our flower store.