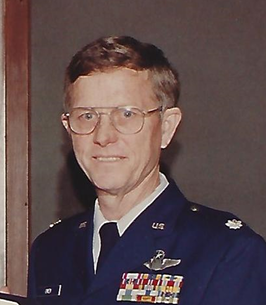 He spent most of his younger years in Phoenix, Arizona where he graduated from Phoenix Union High School. He earned a Bachelor of Arts in mathematics from Arizona State University. After college, Walter was commissioned into the United States Air Force where he served for 27 years. He completed Undergraduate Pilot Training at Reese Air Force Base where he earned Distinguished Graduate honors. He was a C133 pilot and served in Vietnam where he flew over 100 combat support sorties. He ended his military career as a C-141 instructor pilot and flight simulator instructor. After his retirement from the military, he continued as a flight simulator trainer for Hughes Technical Services Company and then for America West Airlines.

In addition to a life dedicated to his country, he faithfully followed and served God. He taught adult bible study classes for many years at his local church.

To order memorial trees or send flowers to the family in memory of Walter Owen, please visit our flower store.