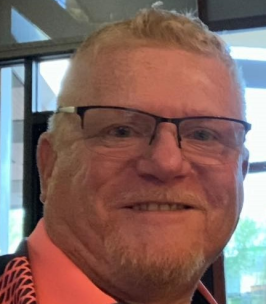 Todd graduated from Hamilton High School in Hamilton, Ohio, Class of 1985. Following graduation, he proudly served his country in the U.S. Army until his retirement in 2005. He spent many years in Germany during his career in the Army and afterwards. Todd lived in Germany, his second home, for 15 years, a piece of his heart will always be there. Todd never met a stranger, he made friends everywhere he went. He was always there to listen or lend a hand.

Todd was preceded in death by his father, Michael J. Lee in 2011. He leaves behind his beloved and bereaved family; wife, Cheryl; son, Ryan; stepson, Troy; stepdaughter, Holly Blahnik; mother and stepfather, John and Linda Calderone; stepmother, Jeannie; brother, Scott (Anita); sister, Melissa Kovacs (Tim); stepsister, Tarana Ervin; stepsister, Lisa Davidson and many cousins. He was an amazing uncle to his nieces and nephews (the "Knuckleheads"). Todd also leaves behind many lifelong friends from around the world that he met through his years in the Army, days on the ball field and golf course, as well as through his love of Liverpool FC.

A service of remembrance will be held at 6 pm on Thursday, November 7, 2019 at Regency Mortuary, 9850 W. Thunderbird Rd., Sun City, AZ 85351.
In lieu of flowers or for those who wish to remember Todd in a special way, a donation can be made to;
The National Suicide Prevention, https://afsp.donordrive.com/index.cfmuseaction=donorDrive.personalCampaign&participantID=2255776
or
Wounded Warrior, https://support.woundedwarriorproject.org/default.aspx?tsid=10043&ovr_acv_id=5246

To view of photo tribute of Todd: https://www.tributeslides.com/tributes/show/QXKW54L6CPNT7YXX

To order memorial trees or send flowers to the family in memory of Todd Lee, please visit our flower store.