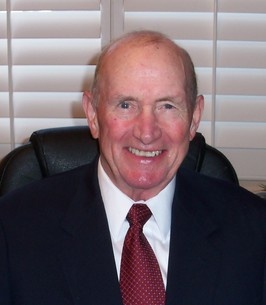 Thomas M. O'Brien passed away on September 3, 2019, at the age of 85 at home in the loving care of his spouse of 29 years, Virginia. Tom is survived by his son, daughter-in-law, grandson, granddaughter, and two adopted children.

A native of St. Louis, Missouri, Tom joined FMCS in 1977 where he faithfully served for 23 years until retiring in 2000. Tom's positions at FMCS included service as a mediator in St. Louis and Mobile, Alabama; regional director in Cleveland, Ohio; and as National Deputy Director in Washington, DC.

Tom was involved in several of the largest and most significant collective bargaining disputes in the country and was recognized internationally when he was assigned to train mediators in a number of Nations. After retiring from FMCS, Tom worked as a Labor Arbitrator practicing out of Missouri and Arizona for 18 years and teaching Labor-Management Relations as an adjunct faculty member of various universities.

Family and friends will undoubtedly miss Tom, and remember his commitment to FMCS, his love for the St. Louis Cardinals, and his fondness of golfing, horse racing, literature, and playing poker.

For those so inclined, Tom's family requests donations be made to Hospice of the Valley, Attn: Donations, 1510 E. Flower St., Phoenix, AZ 85014 or Jerry Barrett, Attn: Friends of FMCS, 200 N. Maple Ave., #212, Falls Church, VA 22046.
To order memorial trees or send flowers to the family in memory of Thomas O'Brien, please visit our flower store.