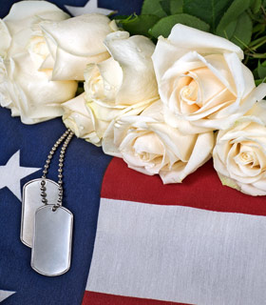 Terence Patt Keliher passed away July 1, 2019 at his home in Sun City, Arizona.
Terry was born in La Crosse, Wisconsin and grew up in Eau Claire, Wisconsin and attended St. Patrick's High School.
Terry and Joan Krumenauer, high school sweethearts, were married in Eau Claire and on his return from the Army (7773 AU Signal Corps stationed in Pimasens, Germany). Joan was a nurse and by then Terry owned and operated a Standard Oil Service Station.
In 1956 he sold the station and worked at Nagle Hart Tractor, Inc. as a Caterpillar Tractor Field Service Technician. On a vacation to Arizona he and Joan realized this was the place they wanted to live. In 1963, he, Joan and the kids moved across country. He began his career with Empire Machinery, until his retirement 30 years later.
After retirement Terry worked with Gen Tech, ADT, Samaritan Health and Banner Health in the realms of Teacher, Consultant, Specialist and Customer Sales. He was excellent in his field and loved his work.
There wasn't a back road that Terry had not traveled. He loved the Arizona back country including motorcycles, 4-wheeling and exploring. After catching "Gold Fever" he and Joan joined The Roadrunner Prospecting Club and they were very active members.
Terry was a loving husband to his wife Joan of 63 years, and a wonderful father to his 3 children,
Terese M. Doyle, Charlotte, NC, Michael P. Keliher, Mayer, AZ, and Matthew J. Keliher, Phoenix, AZ.
He will also be missed by his 2 granddaughters, Rebecca A. Dillard of El Mirage, AZ and Denise M. Doyle of Charlotte, NC. He will also be missed by 6 great grandchildren.
Services will held at the National Memorial Cemetery of Arizona on July 19, 2019 at 9:30am

To order memorial trees or send flowers to the family in memory of Terence Keliher, please visit our flower store.