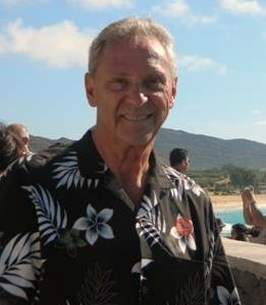 Roger Douglas Mahre
Born 11/14/1942, Passed 10/2/2018
Roger was best known for his witty sense of humor (at least that what he told us), woodworking skills, and golfing prowess. His one-liners always left people wondering "is he kidding?" but the twinkle in his eyes always left them laughing.
Preceded in death by his parents Al and Alma Mahre, brother Dick Mahre, sisters-in-law Jeri Husby and Barbara Husby, father-in-law Donald Bren, granddaughter Allison Dena Mahre
Survived by his loving wife Peggy, 2 sons Mark (Jessica) Mahre, Eric (Judy) Richardson-Mahre, daughter Nicole (Matt) Mort-Mahre, sister Joanne (Dick) Haugen, sisters-in-law Mary Mahre, Maja Becker (Paul Lewis), brothers-in-law Martin Husby, David (Muff) Husby, Paul (Marjie) Husby, Stuart Husby. He will be missed by his 7 grandchildren and numerous nieces and nephews.
Roger moved to Arizona in 1986 after working for more than 20 years at the Hennepin County Highway Department in Minnesota. (No more snow for Roger.) He then worked for Gainey Ranch Golf Course until his retirement in 2014. He loved to travel (especially trips with Peggy to Hawaii). He would sit on the beach and be on "bikini watch". When the kids were young he loved the family camping trips to all parts of the United States.
Celebration of Life will be on Sunday October 7th at 3:00pm followed by a light luncheon at the Mahre home
To order memorial trees or send flowers to the family in memory of Roger Mahre, please visit our flower store.