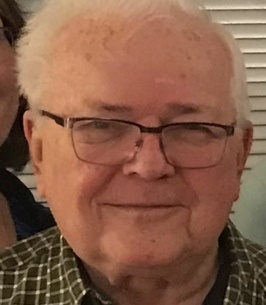 On St. Patrick's Day, March 17th, 1938, in Detroit Michigan, a baby boy was born to Mary (Gustaw) Kroll and Stanley Kroll. They named their first-born Robert Patrick with his middle name honoring St. Patrick. It is rumored that proud mom Mary had visions of her son growing up to be a Bishop. It looked like she might be right as he excelled scholastically while he attended St Francis of Assisi Grade School and Sweetest Heart of Mary High School. Seven years later a new baby boy was born, and they named Bob's brother Joseph. As grown men, Bob and Joe have developed a deep loving friendship. Bob's childhood recollections included delivering newspapers. In high school, he got involved with traditional Polish dance. He participated in costumed dance productions. Also in High School, he made friends whom he treasured throughout the remainder of his life. Because of his scholastic excellence combined with the fact that his dad worked for Ford Motor Company, Bob received a scholarship to attend the University of Detroit. He earned a bachelor's degree in Electrical Engineering. He married and fathered three children. His mother, Mary made peace with not having a bishop as a son when she became a proud grandmother. Bob worked in Telecommunications throughout his career. His career found him moving his family around the country. When his contracted position in Arizona ended, the family moved to the Twin Cities area of Minnesota. Bob lived in Minnesota for 20+ years, while fondly remembering the snowless climate of Southern Arizona. In the late 1980s, he was given a chance by his employer, commonly known as Ma Bell, to move to Phoenix Arizona. He moved despite leaving behind family and friends in Minnesota. After retiring, Bob got involved in activities in Sun City West and became a dedicated volunteer. He is a long-time men's auxiliary member of the Grandmothers for Peace as well as a volunteer at St. Mary's Foodbank.

Despite numerous health challenges over the years, Bob's death was unexpected and leaves us shocked, stunned and grief-stricken. He will be greatly missed by his family and friends. Bob is survived by wife Joan and his dear friend/brother Joe (Cheryl) Kroll. His bereaved children include Sons Keith (Laura) and Brian (Julie) Kroll, and daughter Cathleen (Curt) Olson. Bob's stepdaughter Pam (Dennis) Lowry is also grieving the loss of the best "evil"' stepfather ever. Keith is the father of Bob's five grandchildren - grandsons Jeff (Ashlee) and Spencer, and granddaughters Mallory, Brittney, and Victoria Kroll. Brittney is the Mom of Bob's three great-grandchildren: McKinley, Ellie, & Silas. At home, a fuzzy golden kitty named Soxy is puzzled about why his daddy isn't feeding and brushing him.

Bob was a generous man and was a faithful volunteer at St Mary's Food Bank for over 15 years. We request that, in lieu of flowers, memorial donations be made to St. Mary's Food Bank Alliance of Phoenix. Great comfort was provided by the Chaplains at Banner Thunderbird Hospital. Donations can be sent to Banner Thunderbird Medical Center. Please put "spiritual care department" in the memo.

There will be a non-ceremonial cremation of Bob's body.

To order memorial trees or send flowers to the family in memory of Robert Kroll, please visit our flower store.