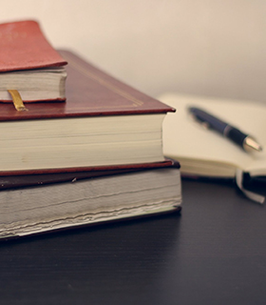 First of all, thank you for attending Robert Paul Christman's funeral especially given the current events in the world. I would also like to welcome those in spirit; Barbara Christman (Wife and my mother), Charlie and Minnette Christman (Pop's parents) in addition to Donald and Tom Christman (Pop's brothers). I think it is safe to say all are overjoyed to welcome Pop home. Pop was born on February 12, 1937, by his teens, he was already in business for himself repairing appliances while his mother managed the accounting. This was on top of attending high school and working 40 hours a week at a canning factory. Pop was and always has been ambitious. He followed our family tradition of working in the newspaper industry working with his father Charlie as a s men apprenticeship. Charlie had the foresight to realize that automation would replace their positions and sent Pop to college to become a journalist. While in college Pop had an internship with the Chicago Sun-Times while working at the St. Charles Post driving back and forth each weekend. Working for two competing newspapers would be frowned upon today, but Pop made it work. He met his life long friend Dennis Wright while attending the University of Missouri and graduated with a bachelor's degree in Journalism. I have heard many stories of Pop and Dennis at the Lake of the Ozarks and Pop's slalom water skiing skills. In 1992 I had the privilege of meeting Dennis Wright, his family, and parents at Lake of the Ozarks. I still have a picture of Pop, Mom and I at the Wright's house on the lake. From trying (and failing) to learn how to water ski to renting Jet Skis with Pop, it was one of the fondest memories of my father. Dennis, you, your family, and your parents are some of the kindest people I have ever met. Pop always talked of your parents with the highest regard.


I believe Pop started working for The St. Charles Post as a Reporter which was later acquired by the St. Louis Post Dispatch. While working for the Post Dispatch he covered City Hall and the Mayor which is where he met Barbara as she worked for the City of St. Louis Comptroller's office. I heard that one of their first dates, they attended a Soccer Game which is ironic because Pop never really liked sports. Obviously, he was very interested in Mom. Pop and Mom were married April 12, 1969, by 1976 I came onto the scene and everything changed.


The three of us and Duffy (we cannot forget Pop's love of Dogs) moved from St. Louis to Colorado Springs in 1979 for a couple of reasons: I heard that Mom and Pop had taken a trip to Colorado and fell in love with the mountains. There was an ongoing labor strike at Post Dispatch that Pop did not necessarily agree with and the doctors said I would be healthier in the drier air of Colorado. Pop found work as a reporter for the Gazette Telegraph. He tried his hand as a realtor in 1982 which was not a great fit, but Pop and I spent a lot of time together hiking in the mountains, practicing my speech and multiplication tables. By 1984 we were Tucson Arizona bound and Pop was once again working as a reporter for the Arizona Daily Star where after 20 years he retired from.


Upon retiring Mom and Pop had plans to travel and enjoy retirement together. Unfortunately, life had other plans. Pop suffered a stroke in 2005 losing most of his ability to speak. Pop attended countless physical therapy sessions and worked with Mom daily. Similar flashcards that Pop used to work with me for my speech in Colorado Springs, were used by Mom to assist Pop regaining his speech. Over the course of two years, Pop had regained most of his ability to speak. Interestingly, the stroke did not disrupt his ability to play the Piano, Organ, and Accordion. Pop possessed the unique ability to listen to a song and then play the song within moments without sheet music. I hear him playing "Meet me in St. Louis", often in my head, he had so many gifts.


Although Pop was an extremely gifted writer I later learned that he would have been far happier with his appliance repair business. Pop loved working with his hands and could fix anything. If he was not sure how to fix something he taught himself. Possibly the reason while growing up we did a lot of house flipping except we lived in the house while we were fixing it up. I recall working alongside my father on numerous projects which became the building blocks of my knowledge base that I still use today. We should also add automotive projects in Pop's skillset and his love of cars. Mom told me a story of Pop waking up from back surgery in Tucson and the first words out of his mouth were "I deserve a car for this". This is one characteristic that was definitely passed on to me, and possibly the reason there are a handful of dealerships that know me on a first-name basis.


Pop passed away on June 3, 2020, and since then I have talked with family, friends, and neighbors all stating a very common theme. Pop was a good man. I heard numerous compliments on the painstaking care he provided for Mom during her fight with cancer from 2007 until she passed September 23, 2011. Pop held Mom's hand as she took her last breath. Although I always knew Pop loved Mom, I didn't realize to what level until I found a picture of Mom still in Pop's wallet the day he died. I also did not truly understand the level of care Mom required until I witnessed my wife Morgan caring for her Mom, Pat in her battle with cancer that ended February of 2019. Though I wish Pop was still with us physically he has asked many times why he was still here. I told him the same response each time that "he hadn't finished yet", but at last his job here is complete and he is with Mom.


Mom and Pop and the rest of the departed have the ongoing responsibility to watch over the family. Pop is survived by Morgan, my wife, and our daughters, Devon, Madison, and Carrera. Devon and her husband Fred Lule Villanueva have a daughter Lola which would be Pop's great-granddaughter. Madison and her husband Braxton have a son Max which would be Pop's great-grandson. Devon has found her calling as a Human Resource Manager, Madison Logistics Management with the Air Force and Carrera is currently attending Arizona State University majoring in Political Science. Fred pulled the unlucky straw and works with me in our Platinum Ship division. Braxton is a Maintenance Crew Chief in the Air Force for the F-35 program. Morgan is the glue that keeps all the above sain. I am proud of each of them and I know Mom and Pop would agree.


Morgan gave me a book for Christmas (Pop's favorite holiday) and bookmarked a quote:


I do not possess all the answers nor does anyone, but the person I looked to when I was the most uncertain was Pop. After writing this eulogy I realize how similar Pop and I were, possibly the reason we didn't always see eye to eye and yet we always loved and respected each other. Last week I really missed him and all I wanted was to talk to him on the phone for a few minutes. Obviously, impossible, and yet I calmed down and took care of what needed to be dealt with, just as my father would have encouraged me to do so. We all have a new mission now that Pop has passed the torch to us. We all should live our lives in hope that when our number is called that people will look back and say "he was a good man (or woman)"
To order memorial trees or send flowers to the family in memory of Robert Christman, please visit our flower store.