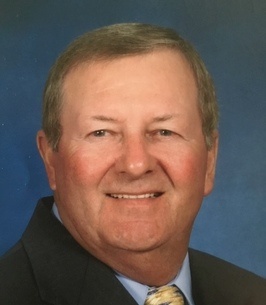 Pelly "Mac" McSwain, age 81, passed away peacefully at his home in Sun City, Arizona on Friday, June 26, 2020 after a battle with cancer.

Mac was born in Columbia, MS and he graduated from Dexter High School located in Tylertown, MS in 1957.

During his lifetime, Mac proudly served our great country in the U.S. Air Force Reserve. He lived much of his life in Bogalusa, LA; Crossroads, MS; Lumberton, MS; with his final three years spent in Sun City, AZ. Mac retired from Gaylord Container Corporation (previously known as Crown Zellerbach) as a pipefitter. Mac loved deer hunting and golfing as well as singing in his church choir.

Mac was preceded in death by his mother, Susie Allen McSwain Lott; his sister, Nellie Lott; and his brother, Shelly McSwain.

Graveside services for the family will be held on Saturday, July 11, 2020 at New Hope Baptist Cemetery in Crossroads, MS.

Condolences may be submitted to: www.regencymortuary.com

In lieu of flowers, the family requests that memorial donations be made to The Shoe That Grows at fundraise.becauseinternational.org
To order memorial trees or send flowers to the family in memory of Pelly McSwain, please visit our flower store.