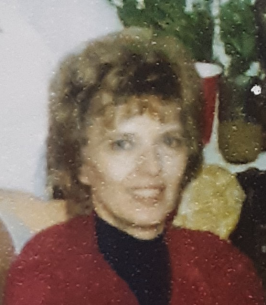 Pat Jakolat, a long-time resident of the metro Phoenix, Arizona area passed away peacefully Sunday, the 1st of March 2020 at the Hospice of the Valley in Glendale Arizona. Born on 12 April 1930 in Grand Rapids, Michigan, as Patricia Carolyn Archer, she was six weeks shy of her 90th birthday.

Pat was a thrifty child of the Great Depression and had an excellent work ethic. She enjoyed working at many different occupations, including owning and operating her own small business enterprise. Her later working years were with the State of Arizona where she had numerous administrative positions until her retirement. Her love of variety also motivated her to change residences frequently. She lived in the Prescott and Prescott Valley area in Arizona for several years after her retirement.

Bowling was a source of great joy and many friendships to Pat. She participated in many leagues and tournaments throughout the years, and won numerous trophies, pins and patches. She also enjoyed golfing, sewing, and walking.

Pat made friends easily, always tried to be helpful to others, and was most often described as a sweet lady.

She is survived by her sister Marilyn, children Mary and Martin, grandchildren Dustin, Jonathan, and Stephanie, great grandchild Elijah, and numerous nieces and nephews. She was preceded in death by her sisters Dee and Jackie, and her brother Russell.

No services are planned.
To order memorial trees or send flowers to the family in memory of Patricia Jakolat, please visit our flower store.