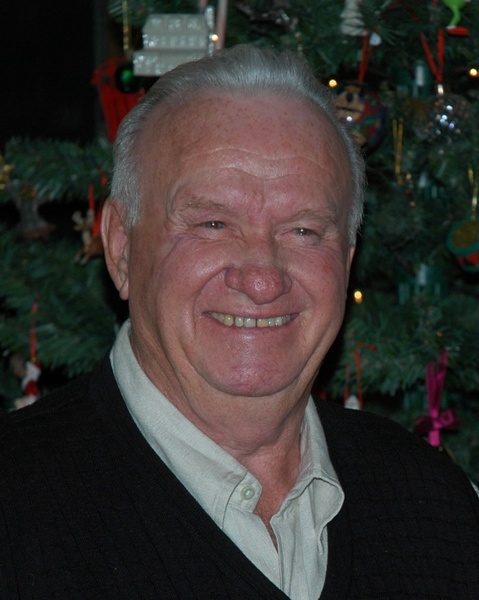 May Keim, 88, left this world on Sunday, July 25, 2021, after complications due to a fall. He died with his family by his side. A wonderful husband, father, grandfather and great-grandfather. He was born on January 5, 1933 in Streeter, North Dakota. He was born of the Hehn family and was adopted by Emil and Tina Keim who took him in and raised him inBismarck, North Dakota. During the Depression years at 5 years of age, he helped the family financially by performing acrobatic shows across the Midwest with the help of his father who built his first trapeze. He graduated from Bismarck High School in 1952 and on to graduate from Bismarck Junior College. During college together with his good friend, Tom Jordan, they capitalized on the oil boom and started supplying “mud” to the blossoming oil industry in western North Dakota. As the Korean War was escalating, he enlisted in the Air Force Intelligence and served in Japan translating morse code from the Russians. After his honorable discharge of 4 years in the Air Force, he completed his degree at the University of North Dakota where he joined the Sigma Chi fraternity and graduated in 1959. He attended one semester of law school when he decided sales was his passion in life. He sold insurance for Dakota Fire Insurance Co. and quickly rose to a Vice President from 1960-1967 before he settled into the personal finance arena where he found his calling. He joined Piper Jaffray and Hopwood as a Stock Broker, and was promoted to  assistant vice president, to vice president and in 1987, to managing director of the Bismarck branch until his retirement in 1992. People would look forward to the nightly closing stock market report that he reported on for most of those years on KFYR Radio Station in Bismarck.

While balancing his work and family time May also saw the need for service organizations. He organized the Kiwanis Club in Bismarck and served a term as its president. He enjoyed golf and served as president of the Riverwood Men’s Golf Association and later at Apple Creek Country Club. He sought to bring recreational opportunities for youth in the city so as president of the YMCA, he was instrumental in building the new facility which still serves as its current location. He was a trustee of Bismarck State College Foundation and served on the board of directors for Mary College.

May loved spending time with his family at their cabins on Blue Lake (Mercer, ND), Lake Sakakawea (Pick City, ND) and Lake Eunice (Detroit Lakes, MN) where many strong bonds and friendships where formed. Throughout his life May devoted much time to his love of hunting. He could usually be found in the field from early September through the end of whatever hunting season there might be. Earlier in the year, he enjoyed fishing. There were annual trips with friends to Canada or Alaska in his younger years and time spent instilling the love of fishing to his grandkids in his later years. The outdoors was one of the things he most enjoyed about North Dakota.

May met the love of his life, June Rustand, during a blind, double date. They were however each paired with someone else. That night he went home and told his father that he met the woman he was going to marry, even before their first date! After a short romance and on the night of his beloved father’s death, he proposed and they were married on June 10 th , 1962. Their three children are Michael (Sarah) of Fargo, ND, Kelley of Minneapolis, MN and Jason of Dallas, TX. They have three grandchildren Leah (Bates) of Denver, CO, Matt of Dallas, TX and Ellen of Austin, TX. They have one great grandchild, Margaret (Leah and Bates). May is survived by siblings Vern "Scotty" (Barb) Keim and Delores Gordon. He was preceded in death by his parents, Emil and Tina Keim, brothers Earnie and Clarence Hehn.

There will be a Celebration of Life party held in November at Westbrook Golf Village in Peoria, AZ. Those wishing to sign the online register book or leave a message of condolence please do so at www.regencymortuary.com

To order memorial trees or send flowers to the family in memory of Maylan Keim, please visit our flower store.