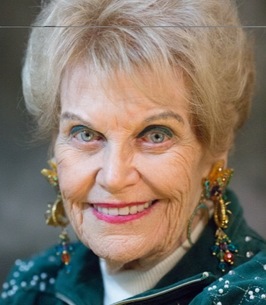 It is with deep and profound sadness that we announce the passing of MaryAnn Parkinson, a beloved business educator, on May 25, 2019. Born in Texas in 1937, she moved to Arizona at an early age and became a bit of a "tomboy" preferring to play sports whenever she could, graduating from Glendale High School, where she became a Badminton State Champion. She attended Arizona State University where she graduated Valedictorian of her class with a Major in Classroom Education and a Minor in Physical Education, ultimately receiving a Master's Degree. While attending ASU, she joined a sorority and was active in many student activities. She worked at her parents restaurant while attending college, and this is where she met her future husband.

MaryAnn began a 40 year career as an educator after graduating college, student teaching in the Mesa School district before landing at Cortez High School where she remained until retiring. She taught in the business department where she eventually became the department chair, teaching such subjects as Accounting, Typing, and General Business. Beloved by her students, many saying that she was their favorite teacher, she was always active on campus, sponsoring many clubs, including F.B.L.A , S.A.D.D., Student Council, and many others. Teaching was her true passion and she loved her students, many of whom went on to have careers in the business field. It was at Cortez High School where she met her best friend Jane Tyo. She and Jane had many good times together, traveling to Navajo Lake and Cedar City, Utah to fish and attend the annual Shakespeare Festival. Jane passed away eight months prior, and it was something that MaryAnn never got over. In addition to Teaching High School, MaryAnn also taught accounting at Glendale Community College and sold real estate. She even owned an interior design business in the 1970's called Little Bits of Elegance, which specialized in Spanish and Mexican design. She often traveled to Mexico City where she would have custom furniture made for her clients. MaryAnn lead an active life. In her younger years, she enjoyed waterskiing on the Colorado River, ATV and Sand Rail riding at the Glamis Sand Dunes, and traveling to many destinations throughout the world. MaryAnn was even a stand in for Doris Day on two of her Movies. In her later life, she enjoyed traveling to Rocky Point Mexico, where she enjoyed the beach with her friends. After retiring, MaryAnn became very active in the All Arizona School Retirees Association, where she served many roles, including local and State President. She remained an avid sports fan throughout her entire life. She was a special fan of the Phoenix Suns, having lived next door to Jerry Colangelo and his family in the late 1960's and the 70's. She had Front Row floor season tickets for over 30 years and continued to cheer on the Sun's, no matter what, until the very end. Known for her big and stylish earrings, she was always elegantly dressed whenever she left the house and was the life of every party. She enjoyed cooking for her family and friends, and often threw wonderful dinner parties with many guests. Preferring to do her own cooking, I remember one of her guests telling us that she had never been so elegantly entertained as she was at MaryAnn's house.

MaryAnn was preceded in death by her parents Marvin K. and MaryPearl, as well by her sister Jackie. She is survived by her children, Bradford and Greg Parkinson, by her 4 grand children MaryBeth, MaryJayne, Maddison, and McKenzie and 1 great granddaughter Brynlee, her sister JoAnn Glass, her nephew Bill Shay, and by her many, many, friends. MaryAnn requested no services but wanted to have a party for her family and closest friends. In Lieu of flowers, please send a donation to the All Arizona School Retirees Association scholarships fund at 7250 North 16th street, Suite 302 Phoenix, AZ 85020.
To order memorial trees or send flowers to the family in memory of MaryAnn Parkinson, please visit our flower store.