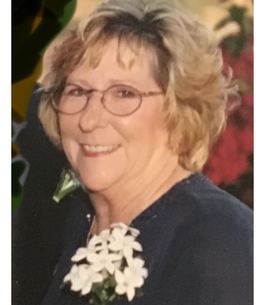 Martha Lucille Stewart, "Marti", was born March 29, 1945 in Orlando, FL, daughter of Robert William and Margret (Nolan) Stewart. In 1978 she moved from Florida to Redondo Beach and spent much of her time in Southern California living in Redondo, Torrance, Palos Verdes and Paso Robles CA. After Californi she spent some time in Newport News VA before moving to Homosassa, Florida. Martha spent the last three months of her life living with her son in Glendale, AZ.

Marti attended St. Petersburg Junior College in St. Petersburg FL which led to a successful career working in the aerospace industry in Florida and California. After retirement she worked at various Wineries in Paso Robles, CA just to keep busy. In 2008 Marti decided to move across the country to Newport News VA to take a position with a Water Company in Newport News, VA. After a few years there she finally landed in Homosassa FL to be closer to her brother, Robert Stewart.

Marti was an avid Porsche and G-Scale train enthusiast. Marti was an avid University of Florida Gators, Tampa Buccaneers and Bolts fan. Her quick wit, adventurous spirit and determination carried her through many life challenges which led to many exciting adventures.

She was proceeded in death by her parents and brother, Robert Nolan Stewart. Survivors include her 2 sons, Edward William Goodwin residing in Glendale, AZ, Daniel Paul Ott, Homossasa, FL, Sister, Monnie Moore of St. Petersburg, FL and 4 grandchildren, Chasen Allen Ott, Logan Scott Goodwin, Spencer Price Goodwin, and Zander Daniel Ott.
In lieu of flowers, the family request that donations be made to the Hospice of the Valley in Glendale, AZ.

To order memorial trees or send flowers to the family in memory of Martha Ott, please visit our flower store.