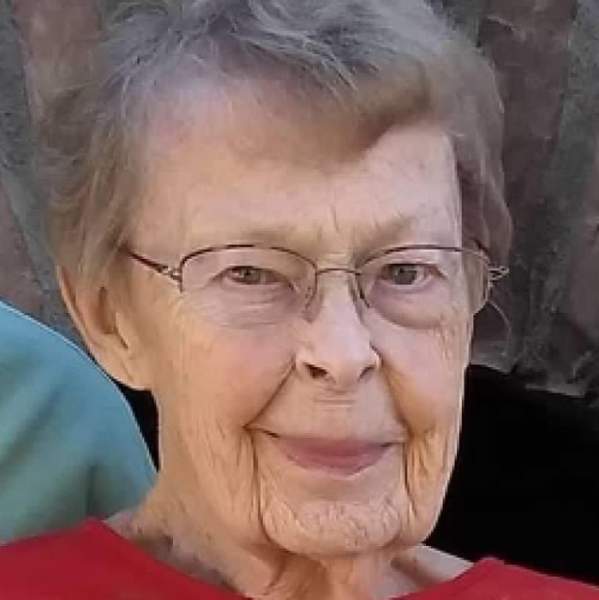 Marjorie Ann Larsen was born on April 10, 1925 to Otto and Agnes (Lageson) Fosse in Albert Lea, Minnesota.  After she graduated from high school she traveled to Indiana for training in how to operate a teletype machine.  She then worked for Western Union.  After a few years she and a friend decided to have a big adventure and traveled to Denver, CO.  It was there that she met and feel in love with Roy Larsen who was serving in the United States Air Force.  They were married on February 18, 1951.  After Roy was discharged from the service they moved back to Minnesota.  Roy and Marge had a daughter, Janet, and a son, Robert.  Marge was a stay at home mom while the children were growing up and later worked at a local community college.   After retirement Roy and Marge wintered and then lived full-time in Arizona for their last years of life.  Roy passed away on September 14, 2018 after 67 years of marriage.  Marge then made her home with her daughter, Janet, and son-in-law, Bruce. The past two years together was a time they all cherished.

Marge was very well known for the many lovingly created handcrafts that she made throughout her life and everyone felt lucky to receive one of her creations.  She passed away on November 11, 2020 at the age of 95 years, 7 months and 1 day due to congestive heart failure.  She was busy, active and happy up until the last few days of her life. She had a life well lived.

She is survived by two children and their spouses: Janet Lee (Bruce), and Robert Larsen (Karen);  three grandchildren and their spouses: Seth Fultz (Kassia), Carolyn Volino and Kevin Fultz (Nicole); six great-grandchildren: Jacob, Emily and Anna Fultz, Dominic and Olivia Volino and Oliver Fultz;  sister-in-law, Ruth Larsen; two nieces: LeeAnn Fosse and Marilee Brown (Ray);  nephew: Mark Fosse (Teri) and numerous friends.  A better wife, mother, grandmother and friend you could not find.  She will be greatly missed by all who knew her.  She will be laid to rest alongside Roy in Albert Lea, Minnesota with a private family Celebration of Life to take place at a later date.

The family wishes to express their gratitude to the Hospice of the Valley team and Emmauel Assisted Living Home for their excellent care in the last days of her life.

To order memorial trees or send flowers to the family in memory of Marjorie Larsen, please visit our flower store.