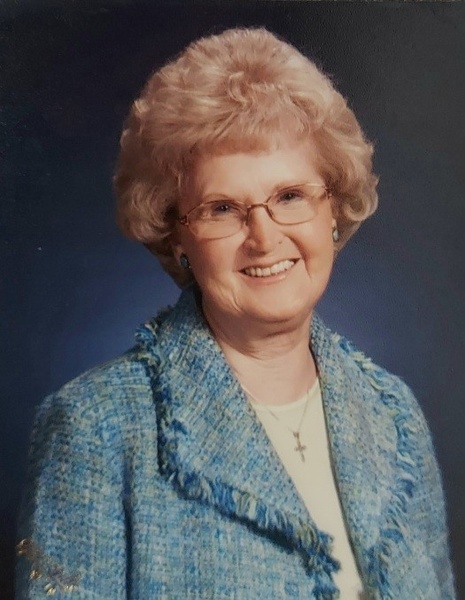 Marion E. Rasmussen  passed away August 23, 2021, in her home in Sun City West, Arizona. She was born May 29, 1929 to parents Peter and Nellie Hemmingson in Bradley, South Dakota. She was baptized and confirmed in the Lutheran faith.

Marion graduated from Bradley High School in 1947. After graduation, she worked in a bank in Watertown, South Dakota. She married Erlenn "Ras" Rasmussen on October 17, 1948. They were blessed with five children, Lynn, Luther, Mark, Monte and Tami.

In 1960 they moved the family to Aberdeen, South Dakota. They moved in 1979 to Dodge City, Kansas where Marion began her career in retail clothing sales. In 1981 they moved to Sioux City, Iowa. She started work at Seiferts Clothing, achieving Million Dollar sales club. Her love of clothes and helping customers lasted for 21 years upon retirement.

Marion was active in the Lutheran church all her life. She loved God, family and friends. She was a dedicated "sender of cards" - birthday, anniversary, etc. to all her family and friends. In retirement she was a passionate fan of the Arizona Diamondbacks, Cardinals and Phoenix Suns. She also loved PGA Tournaments, horse racing, travel and golf.

Services will be held at a later date. The family suggests memorial donations be given, in Marion's name, to Sun City West Foundation of Sun City West, Arizona.

To order memorial trees or send flowers to the family in memory of Marion Rasmussen, please visit our flower store.