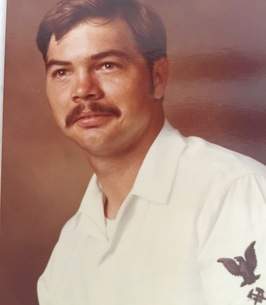 On Thursday, October 11, 2018, Leonard "Lenny" Hartman Jr., loving husband, father, and grandfather (pops) passed away at the age of 67 while at home surrounded by his loved ones.

Lenny was born to Leonard and Edna Louise (Mallory) Hartman on August 14, 1951 in Annapolis, MD.

After serving in the U.S. Army from 1968-1972, Lenny met and married Stella Riddering in Phoenix Arizona on January 25th, 1975. He then joined the U.S. Navy, where he proudly served until his retirement as Chief Hull Technician in 1992. Lenny and Stella raised two children, Heather and Josh, while serving his country.

Lenny was preceded in death by his father, Leonard, his mother, Edna Louise, and his brothers James O. and Thomas. He's survived by his wife, Stella, his children, Heather (Kip) and Josh (Kelly), his sisters Faye and Esther, sister in law Gail, brother Kenneth (Colleen), and grandchildren Elizabeth, Hailey, Jackson, and Natalie.