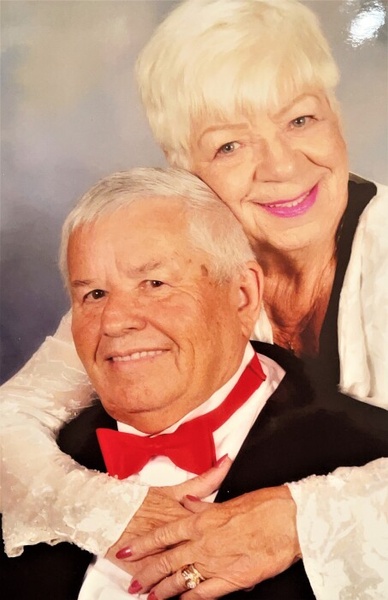 Kurt Otto Wagner, 83, of Sun City, AZ passed away peacefully on August 6, 2021 after a short battle with leukemia. He was born in Nemsdorf, Germany on August 20, 1937 to Otto and Anna Wagner. He escaped communist East Germany in early 1957. Kurt received his Master's Degree in the city of Stuttgart, Germany in February of 1961. After graduation, he traveled to Canada where he began the process to emigrate to the United States of America in September of 1962. At this time, he settled in Chicago, IL, where he would later meet his wife, Margot Wagner (Schmidt). They met in Chicago at a German restaurant in April of 1964 and married soon after on October 31, 1964. On September 24, 1965, Kurt and Margot welcomed their first child, Brian Kurt Wagner. A few years later, on February 27, 1968, their daughter Anja Margot Wagner was born. Kurt and Margot raised their children in Park Forest, IL and eventually earned their citizenship on July 4, 1976 in a bicentennial ceremony at the Chicago Stadium. Kurt moved from Illinois to his final home in Sun City, AZ in 1995.

He worked as a hairdresser from 1961 until his death in 2021 and had many clients who loved him dearly. Kurt made friends in every aspect of his life and he was loved by many.  He is preceded in death by his mother, Anna and his father, Otto. He is survived by his wife, Margot Wagner of Sun City, AZ, his son Brian and his wife Sheri of Alamogordo, NM, and his daughter, Anja of Sun City, AZ. He is also survived by his granddaughter Amber Neal and her wife Jocelyn of Las Cruces, NM and his grandson Derek Wagner of Alamogordo, NM. Kurt is also survived by his sister, Marlies of Nemsdorf, Germany and many nieces and nephews. He leaves behind his two beloved dogs, Meriadoc and Pippin.

Kurt loved spending time with his friends and family and traveling. He and his family often took road trips around the United States. He always enjoyed going on cruises and achieved his lifelong dream of cruising through the Panama Canal in 2012. He enjoyed gardening and spending time outside riding his bicycle. He was a prankster and loved telling tall tales.

In respecting Kurt's wishes, in lieu of a formal funeral, a celebration of life will be held at a later date.

To order memorial trees or send flowers to the family in memory of Kurt Wagner, please visit our flower store.