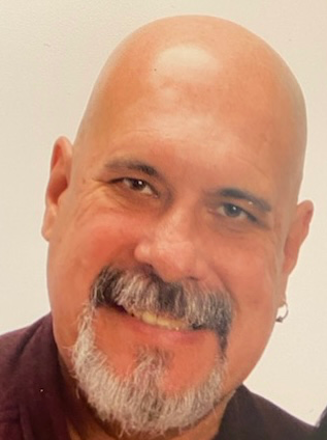 Kevin “KJ” Pray passed from this world on February 26th, at his home in Surprise, Arizona, surrounded by family.

Born in Brooklyn, NY to Harold and Marian Pray, the family moved to Arizona in 1965. He was a graduate of Paradise Valley High School, class of 1972. He joined the Air Force immediately after high school and served until 1976. He served time in Vietnam assisting in the evacuation of the American Embassy in Saigon in 1975. In 1977, he joined the Phoenix Police Force and proudly served as an officer until having to take a medical retirement in 2000. During his career he went from patrolman to sergeant, spending several years undercover in narcotics, and ultimately supervising the DEA HIDT Multi-Agency Clandestine Laboratory Task Force. Serving the community and making the streets a safer place was his calling and he gained lifelong friends in the process. If the number of friends and former colleagues who came to visit in his final days is an indicator of his impact on this world, it was a major one.  He spent those final days at home, reminiscing the escapades of his youth and career, laughing with us, and reminding us of why we loved him so much.

Kevin met his wife, Rebecca, at a Halloween party in 1998. Little did he know that the beautiful little unicorn would also be his lifeline. When the ravages of Polycystic Kidney Disease (PKD) resulted in his kidneys having to be removed, Rebecca provided one of hers. Her loving gift provided them with a future that lasted another 21 years.

To say that KJ lived life to its fullest is an understatement. He was an avid motorcycle rider and loved all things Harley Davidson. He loved a party and was the life of them all. His golden voice, quick-witted humor, and larger than life presence will be greatly missed.

Kevin “KJ” Pray is preceded in death by his father, Harry; mother, Marian; and brother, Terry.

To order memorial trees or send flowers to the family in memory of Kevin Joseph Pray, please visit our flower store.