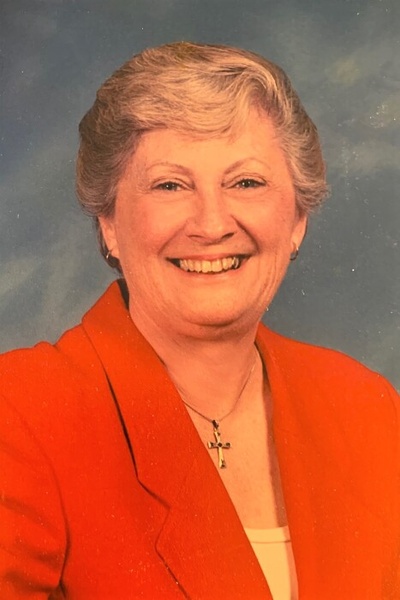 Judy was born on November 24, 1938 to Lucille and George Schwartz in Chicago, Illinois.  Judy was proceeded in death by her loving husband Paul Goetz.

Judy grew up in the City of Chicago attending Goethe grammar school and a was Graduate of Lake View High School (Class of 1956).  She was a straight A student (Salutatorian) and active in many school activities including the special girls chorus and cheerleading.  Judy attended college while working and raising her children.

Judy was an Assistant Vice President of Deutsche Bank, in Deerfield, Illinois.  Her career in information technology, spanned many years.  She was a dedicated and gifted systems designer, programmer and operations manager.  After moving to Sun Lakes Arizona 23 years ago, she continued to be active in her church and community while continuing to provide professional consulting services.

Judy was a spiritual Christian, loved her religion and was a devoted and active member of the Episcopal Church, first in Illinois and then later Arizona.  She was an active member at St. Hillary’s Church in Prospect Heights, Illinois for many years.  There she taught Sunday School, was elected to the Vestry, and later was active at St. Matthew’s Church in Chandler Arizona.  She cherished her church family and friends and contributed to the growth and success of the church community.  Of special importance in her life was her attendance and participation in the Cursillo. She was a cofounder and active leader of the Matthew’s Crossing Food Bank in Chandler, providing operational leadership and had an ongoing presence there until a decline in her health forced her to discontinue her active involvement.  Judy was passionate about the mission to assist and provide food to hungry families that the food bank served.

Judy was a lifetime Chicago Cubs fan and also loved the Bears.  As a child, she attended games at Wrigley Field and later she attended many Bears games at Soldier’s field.  She often visited her grandparents in Wautoma, Wisconsin during the summers. As an adult, Judy also enjoyed golfing, card games and reading.

Judy lived on Bernard Drive in Buffalo Grove for many years, where her children grew up and went to school.  Later, she fell in love with and married Paul Goetz, who she reconnected with at her Lake View High School class reunion.  Judy and Paul moved to Palatine, Illinois and then to Sun Lakes, Arizona.  Judy enjoyed travelling with Paul throughout the United States in their RV during the summers until Paul’s passing in summer of 2001. Judy enjoyed trips to Hawaii, Alaska and New Zealand.  Judy enjoyed golfing weekly with her women’s group.

She had a brilliant and focused mind.  She was very personable and caring.  Judy loved people and life, had many friends and was passionate about everything.  She loved to teach, guide and help anyone that she could.  Judy lived by and often told her children to live by the Golden Rule, “Give unto others as you would have others give unto you”.  Those that were lucky enough to know her, have truly felt God’s grace.

In recent years, Judy lived with her daughter Cindy and family in Glendale, Arizona. Judy struggled with Alzheimer’s Disease in recent years.  Her sudden passing occurred during a brief stay in a skilled nursing rehabilitation facility where she was recuperating from an injury.  Her family will miss her dearly.

To order memorial trees or send flowers to the family in memory of Judith Goetz, please visit our flower store.