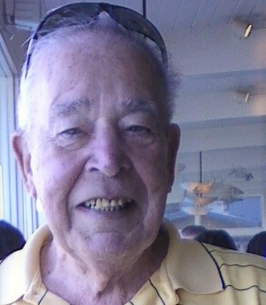 He was born in Gary, IN on Dec. 20, 1934 to Joe and Esther Richmond. He graduated from Tolleston High School in 1952 and maintained many of his high school friendships. It seemed that everywhere he went he met someone from Tolleston. After high school, he proudly served in the US Army. He then met his wife Susie, who he married in 1963 and had three beautiful daughters.

Jerry owned the AMOCO station in Miller, IN and then went on to join US Steel in 1964 where he retired as a Supervisor in 1997. He enjoyed family vacations to Houghton Lake, MI and many national parks, fishing, boating, and golf. Most of all, he loved gatherings with family and friends where he was the life of the party and always had a good tale to tell. After retirement, Jerry and Susie relocated from Portage, IN to Sun City, AZ in 2015.

Jerry is survived by his wife Susie, of 57 years, daughters Beth (Parker) Preston, Colleen (Tom) Kaminski, and Amy (Chris) Allred; grandchildren Karlee and Dylan Preston, Ryan and Megan Kaminski, and Emily and Cameron Allred; sisters Bettie Zima and Patsy Ann Mescow; and many beloved nieces and nephews. He was preceded in death by his parents Joe and Esther Richmond and sister Barbara Rakos.

Interment will be for immediate family.

In lieu of flowers, please send donations to American Cancer Society at cancer.org/involved/donate/memorial-giving.html.
To order memorial trees or send flowers to the family in memory of Jerry Richmond, please visit our flower store.