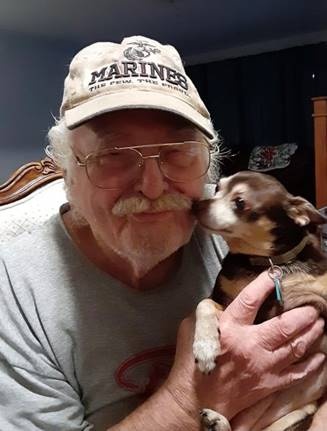 Jay Archie North, 81, returned to his heavenly home on December 18, 2020 after a valiant battle with lung cancer.  His love for his family and his firm belief in God supported him in his struggle and ultimately gave him peace.

Jay was born to parents Ernest William and Ollie Saloma North on March 11, 1939 in Noble, MO.  He was fourth in line, the middle child, in a family of 7 siblings, 3 sisters and 3 brothers: Veda, William, Waneta, Donna, Ernest, and Ronny.  He was preceded in death by his father and mother, his sister’s Veda and Donna, and his brother’s William and Ernest.  He is survived by his sister Waneta and his brother Ronny.

Jay entered the United States Marine Corps at a very young age where he held an expert marksmanship with a 30 caliber.  As a Marine, Jay stayed true to the Marine motto throughout his life, “Semper Fidelis”, meaning “always faithful” and that he was, to his country, to his family, and to God.

Jay married the love of his life, Rena Marie Hankins, on August 14, 1960, shortly after exiting the Marine Corps.  He met her while she worked at a Dairy Queen, she was only 17 yrs old.  He vowed to others at the time that someday, he was going to marry her, but first…….. he needed to get her to like him.  Jay always had a love for music and could play any instrument that was placed before him.  So, in order to get Rena to fall in love with him, he used the greatest tool he had, his music.  He played for Rena out in front of that Tabor Dairy Queen hoping that she would accept his offer to go on a date.  She initially refused; however, Jay was very persistent and kept coming back day after day to play for Rena until she finally said, “Yes, I’ll go out with you if only you stop playing.  You’re going to get me fired.”  So that is how it all began.  Jay eventually married Rena and they had five children:  Lonny, Tracy, Monte, Donna, and Jay.

Jay’s cremation will take place at Regency Mortuary in Sun City, AZ.  Arrangements will be made to take him back to Tabor, IA for a Celebration of Life and final resting place.  The family is grateful for all of your condolences; however, respectfully declines flowers and donations.

To order memorial trees or send flowers to the family in memory of Jay North, please visit our flower store.