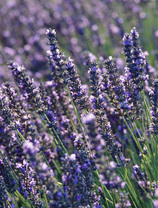 James N. Brewer passed away on September 9, 2016. He was born on April 8, 1942 in Streator, Illinois to Nelson and Virginia Brewer. He graduated from Tonica High School in Tonica, Il, in 1960, and then from the Humbolt Institute in 1961. James married Frances Weston in 1961. They have 2 children: James Brewer of Murrayville, Il, and Kimberly Brewer of Peoria, AZ; 2 granddaughters, and 2 great-grandchildren. He is also survived by sisters: Marcella Myers of Varna, Il, and Rita Brewer of Florida; and brother John Brewer of Streater, Il. Jim worked in the trucking industry for 22 years, holding management positions. His final 26 years were spent with Brake Parts Inc as manager of the shipping department, and then as Inventory Planner. He was a member of the First Presbyterian Church in Litchfield, Il, and served as Elder in the early 1980's. He enjoyed gardening and his favorite was his rose garden while living in Illinois. He was an avid baseball fan and coached for his son and his friends when they were young. He was also a die-hard Chicago Cubs fan, always saying "Maybe next year.." Hopefully this will be the year for the Cubs! In 2009, Jim retired and he and Fran moved to Peoria, AZ, where they enjoyed taking long walks. A memorial service will be held on Thursday, September 22, 2016, at 10:00 a.m. at Regency Mortuary, 9850 W. Thunderbird Blvd, Sun City, AZ.

To order memorial trees or send flowers to the family in memory of James Brewer, please visit our flower store.