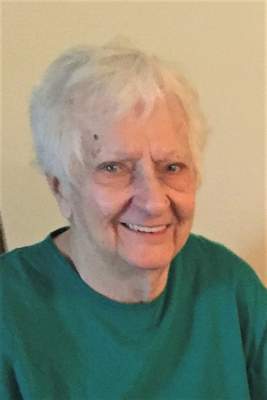 Irene died in Sun City, AZ where she had lived for 34 years. She was formerly from Dearborn, MI

Irene was born in Detroit where she lived with her parents, her sister, Esther and her brother Eddie. She had a special bond with her sister, Esther They were close their entire lives, sharing a room growing up in their parents home, then living across the street from each other in Dearborn and finally moving together with their husbands to Arizona. Never apart until Esther’s death last year. Irene met and married the love of her life Joseph Wach in 1949. He preceded her in death in 2010.

Irene was an accomplished women A supervisor for Michigan Bell in their Finance Department when few women worked outside the home, much less held management positions. She loved to decorate her home, entertain and cook for her large extended family especially during the holidays. Nothing gave her more pleasure than her two sons; Daniel and Joe and her beloved grandson Christopher Wach.

The family will have a memorial service in Michigan sometime in the future.

They request making a donation to St Jude, Wounded Warriors, or ASPCA

To order memorial trees or send flowers to the family in memory of Irene Wach, please visit our flower store.