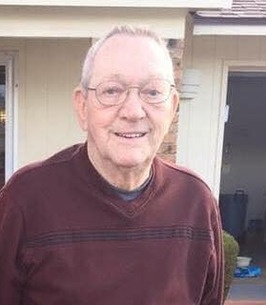 He is preceded in death by his father Warren Wilvers and mother Viola Pearl (Johnstown) Wilvers, and his step-mom Adella (Witte) Wilvers also of Salina, KS. He is survived by his wife Lorinda of 65 years and 5 children, Chiwana Blase, Rita Hamilton, Robin Wilvers, Stephen Wilvers and Tammy (Danny) Knutson. Also surviving are 8 grandchildren and numerous great-grandchildren.

Glenn and his wife moved to Sun City in 2008 and enjoyed their time here. He was a member of the Elks Lodge in Sun City, The American Legion and the VFW. He was also a member of the FRA (Fleet Reserve Association).

Memorial services will be held in April with inurnment at the National Cemetery in Cave Creek, Arizona

Donations may be made to Banner Home Care & Hospice 13950 W Meeker Blvd. Suite 102 Sun City West, AZ 85375, charity of your choice or your favorite Veterans Organization.
To order memorial trees or send flowers to the family in memory of Glenn Wilvers, please visit our flower store.