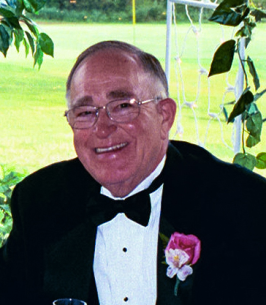 Beloved father and grandfather Gerald Lee Snyder, died peacefully after visiting with his children and grandchildren, on July 11, 2020 of complications following surviving COVID-19 twice. Jerry was a 4th of July baby, born in 1939 to Willow and Don in Superior, WI, the middle of three children. Jerry graduated from Duluth East and attended the University of MN, Duluth where he met his wife, Mary Ann Quayle. They shared a love of music, family, bridge playing, and entertaining while raising their children in Chisholm.

Jerry began his professional life shortly after graduating from UMD by becoming the manager of the very first Musicland at the HarMar Mall in Roseville, Minnesota. As president of the HarMar Merchants Organization, he and his wife hosted receptions for many international stars like Al Hirt, Alonzo Music, Jose Feliciano, Chi Chi Rodriquez, The Trashmen, and many others.

He left that position to become the Band Director at Chisholm High school in northern Minnesota, a position he served with much pride and satisfaction for 30 years. He was also the Choir Director for St. Joseph's Catholic church for most all of that time, and additionally for St. Leo's in Hibbing. He very much enjoyed his faith and fellowship.

A talented conductor and musician, Jerry led the Hibbing and Chisholm City bands for many years and played in numerous jazz and concert bands, symphonies, and orchestras, most recently with The Desert Brass Band in Arizona. Golfing was Jerry's most beloved pastime, taking pride in being a scratch golfer and achieving a hole-in-one three times (and yes, he practiced a lot.)

Jerry and Mary Ann greatly enjoyed their lives raising Rick and Julie in Chisholm. They found the close knit life of the mining town to be warm and rewarding. They were both active in many different community and social groups. Tragically, Mary Ann died in 1994 after battling cancer for several years, Jerry and her children at her side. Jerry eventually "graduated" from CHS in 1999 and became a snowbird, splitting his retirement time between Hibbing and Surprise, AZ.

In Surprise, he golfed every day at least, weather permitting. He also met his second wife, Annette Moen. Jerry and Annette traveled a great deal and felt blessed to have found each other. Jerry loved his family, extended family, and many close friends, former students and coworkers. Calm, intelligent, and kind, with a good sense of humor and fun, Jerry enjoyed his life and made the most of it. By all those who loved him, and there are many, he will be greatly missed.

Preferring to be called "Grumpy" by his grandchildren, Jerry is survived by his brother Donald Snyder, sister Wendy (Barney) Kimball, children Rick (Sharon) Snyder and Julie (Brian) Wedell, grandchildren Halle and Dalton Litz, stepdaughter Debra (Mark) Shaver , and many nieces and nephews. He was preceded in death by his parents-in-law, Cecil and Helen Quayle, his parents, Willow and Don Snyder, his wife Mary Ann, his second wife, Annette, his brothers-in-law, Ed and Billie, and his sister-in-law Diana.

Funeral and celebration services to be held in Arizona and Minnesota at a later date, yet to be determined. Notifications to come

Link for article in the Minneapolis Star Tribune
To order memorial trees or send flowers to the family in memory of Gerald Snyder, please visit our flower store.