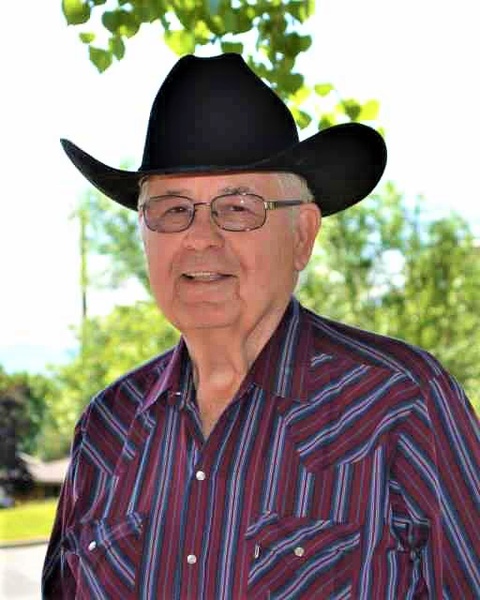 Gerald “Paul” Biorn was born in Green River, Sweetwater County, Wyoming on November 3rd, 1940. His parents were Lawrence Paul Biorn and Thelma Edginton Biorn. The family lived in Manila, Utah. While very young, Paul helped with his father’s logging and sawmill business. He married and divorced young and had one son, Ronnie Gerald. He joined the Air Force and served 21 years. He had various jobs in the Air Force including radio repairman and logged 2,000 hours on the flying command post while maintaining the complex radio system on it. He also did recruiting and management engineering as well.

In 1964, he married Barbara Mahlstedt and they had four children; Daniel Paul, Michael Dean, Jenny Marie, and Steven Matthew. In 1968 Paul and Barbara were sealed in the LDS temple in Laie, Hawaii. Besides his children and spouse, he is survived by 18 grandchildren and two great-grandchildren. After retiring from the Air Force, he drove for Roadway Express for 15 years. He managed to fit in a degree from National University during his working years.

He retired when he was 60 and spent time serving in an LDS employment center. He also served family history missions on the phone and in family history centers. He enjoyed RV traveling with Barbara to see children, grandchildren, and many national parks and our beautiful country. He served faithfully in many church callings including seminary teacher, scout leader, high councilor, and bishop. He survived two bypass surgeries, four stents, diabetes, and also had kidney disease for years before succumbing to the combination of his heart and kidneys failing.

He will be remembered for wearing cowboy hats and bolo ties, his sense of humor and most importantly his testimony that Jesus is the Christ and performed the Atonement for us all. He left this life the afternoon of September 23rd falling peacefully asleep. Services Tuesday September 28th at 10 AM will be held at The Church of Jesus Christ of Latter-day Saints; 12951 N 83rd Ave Peoria, Arizona. Interment will be at the National Memorial Cemetery of Arizona in Phoenix, Arizona.

To order memorial trees or send flowers to the family in memory of Gerald Biorn, please visit our flower store.