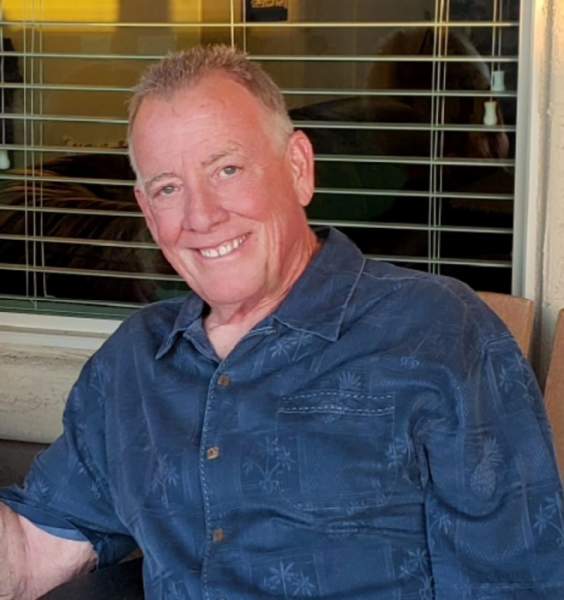 Franklin Eugene Jewell passed away on March 6th, 2021 after a near five-month battle from
Glioblastoma, a rare form of brain cancer. He died at his home in Phoenix, Arizona at the age of
63, surrounded by his loving family.


Frank was born on February 8th, 1958 in San Diego, California. He grew up in the suburb of
Santee, California and enjoyed fishing and riding his dirt bike through the canyons. He had his
first job at the age of 16 at Chevron Auto, where he learned to be an auto mechanic. He also
had a passion for race cars and spent a lot of time at the racetracks, working as a member of a
pit crew. He loved the ocean and became a certified scuba diver, often diving for abalone. As a
member of the Boy Scouts, Frank learned many valuable skills and lessons that he carried with
him his entire life. He would reflect on his childhood days with great joy and say that he grew
up in the best of times when life was much simpler.


Frank would eventually move to Phoenix to work in the printing industry for a company called
Starline Graphics. It was this job that would set his career path. He then went on to start his
own business, Jewell Printing Machinery, LLC in 1986 and became extremely successful. He was
a man of integrity, strong work ethic, high moral standing and treated everyone with respect.


He loved the outdoors; camping, hunting, fishing and houseboating. He was an avid reader and
could read several books in one day. Frank was a great storyteller, quick witted and always full
of corny jokes. He was always willing to help anyone in need and could fix just about anything.


Most importantly, Frank was a great family man. He was a dedicated husband, father, son,
brother, and his favorite roll, Papa. He never missed a special event of any of his children or
grandchildren and was always their biggest cheerleader. He led by example, teaching his family
to work hard, be honest, and have fun.


Frank was preceded in death by his father, Thomas Jewell. He is survived by his wife, Sharon, of
29 years; his children, Susan Schoenbeck (Robert), Lacee Frizzell (Clay), David Berg (Sami) and
Logan Jewell; grandchildren, Jonathan Berg, Shelby and Hailey Schoenbeck and Garrett Frizzell;
his mother Patricia Jewell; and siblings Debbie and Dennis Jewell.


A celebration of his life will be planned in the future.

To order memorial trees or send flowers to the family in memory of Franklin Jewell, please visit our flower store.