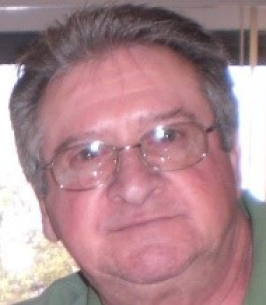 Frank was born and raised in Toledo, Ohio, third of ten children born to Ralph and Josephine Gill. Frank lived his life with wit and wisdom. At 17, Frank enlisted in U.S. Marine Corps. He attended the U.S. Army Intelligence School receiving certification as a Military Intelligence Specialist. Frank served as a counter intelligence officer in the Vietnam War (1967-68).

Frank's love of sports and competition manifested itself in achieving distinction as an athletic trainer for the U.S. Marine Corp Inter Service Wrestling Team honored in winning gold and silver medals. Frank participated in marksmanship competition often-ranking first place. Frank had a great reverence for the Marine Corps. He epitomized the adage "once a Marine always a Marine" and he carried those values and standards of excellence throughout his life. He retired as a Gunnery Sargent in 1977.

Frank received an A.S degree in Administration of Science from Northern Virginia Community College, as well as an Associate Degree in Administration of Justice and Law Enforcement from Grossmont College. Frank went on to become a San Diego Sheriff's Deputy, as a bailiff to the Superior court. He continued his law enforcement career in California, Ohio and Florida, Frank would often take the time to talk with young offenders hoping to make a difference in their future choices. An avid sports enthusiast Frank loved college football, wrestling and NASCAR racing. . A highlight of his life was serving as a trainer for the Southern Pacific Navy Wrestling team, traveling to competitions throughout the country where he could apply the skills and training he acquired in the Marine Corps. One of his greatest enjoyments was watching Ohio buckeye football, Detroit Redwings and Lions and never missed an opportunity if he could help it.

A wonderful generous father, Frank raised four sons and remained always devoted to his loving wife, and best friend Kathleen of 30 years. Above all else Frank loved his family, would generously assist them, if needed. Frank was a hero too many; he had an infectious spirit, enjoyed family gatherings, cooking, planning parties, and sushi, was famous for his spaghetti and meatballs, and grilled steaks. Known for his witticisms He would look at you and say "Today is a good day," because, I just get better looking every day!" Frank's beloved family and many friends will miss him deeply.

Burial Services for Frank will commence on Friday, December 27, 2019, 11:00 am at the Veteran's Tower in Toledo Memorial Park Cemetery located at 6382 Monroe Street, Sylvania. Ohio 43560. A luncheon and memorial celebration will follow at 1:00 pm at the Maumee Elks Lodge located at 137 West Wayne Street, Maumee, Ohio 43537.

Please send memorials to the Disabled Veterans of America

To order memorial trees or send flowers to the family in memory of Frank Gill, please visit our flower store.