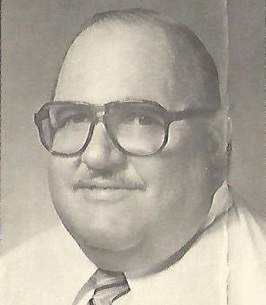 Charles (Chuck) William Waun died peacefully at his home in Sun City, AZ. on Tuesday, October 9, 2018, at the age of 80 years. Chuck was the son of the late Robert & June (Fisher) Waun. He was born November 21, 1937 in Port Huron, Michigan. He graduated from Armada High School in 1955. He attended the University of Michigan and Purdue Tech Center studying electrical engineering.

In 1957 Chuck enlisted in the U.S. Army and was stationed at the 11th US Army Security Agency Field Station in Baumholder, Germany. Chuck was a cryptographer and code intercept operator. He carried a Top Secret Crypto Cat III clearance and rose to the rank of sergeant. Chuck married Joyce E. Bailey of East Chelmsford, MA. on February 3, 1959 in Baumholder.

In 1966 Chuck went to work for IBM as a customer engineer in Alamogordo, N.M. During his 27 & 1/2 years with the IBM Field Engineering Division, he was an instructor in Los Angeles, CA., a services planning representative in San Jose, CA., a field manager in Phoenix, AZ., a program administator in White Plains, N.Y. and a senior systems analyst in Franklin Lakes, N.J. He finished his career back in Phoenix as a senior account representative and service manager in 1993.

During his retirement Chuck volunteered his spare time to the community by joining the Sun City Sheriff's Posse. He spent 11 years as a duty officer and training officer. He enjoyed reading, watching TV, playing XBox, gold hunting and exploring the Arizona deserts and mountains in his 4x4 pickup truck.

Chuck is survived by his wife Joyce of Sun City and three sons and daughter-in-law; Kenneth and Linda of Peoria; James of Sarasota, FL. and Robert at home. He is also survived by a grandson Phillip Waun of Phoenix, a brother Roger Waun and his wife Vicki of Largo, FL. and several nieces and nephews. Chuck was preceded in death by a sister, Judith Ora in 2006.

Many thanks to the doctors and nurses at Boswell Hospital, Sonoran Hematology and Oncology, and Hospice of the Valley. Private services were held and the remains cremated.
--
To order memorial trees or send flowers to the family in memory of Charles Waun, please visit our flower store.