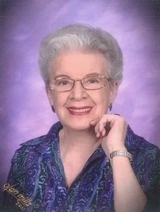 Carol Louise Utt Hazelett, Passed into Eternity on August 8, 2016. She was born in St. Joseph, Missouri November 28, 1936. Family moved to Ottumwa, Iowa in 1950 and she graduated from Ottumwa High 1954. Married in 1956 and is surived by two sons, Charles Dana and Chris David Hazelett, three grandchildren and a sister, Donna Jo Sies. Charles Dana Hazelett & sons, William and David. Chris David Hazelett, Susan, & daughter Sarah. Her roots were planted here in Arizona in 1965. The most rewarding time in her working career was the 20 years at American Graduate School of International Management, better known in early years as THUNDERBIRD where she became Director of Career Services and helped thousands of Thunderbird Graduates obtain jobs. This position afforded her the opportunity to become close with the grads from over fifty countries. She was able to travel a great deal in Europe, Asia and the major cities in the U.S. She has kept in touch with many of her colleagues and students over the years. Carol gave many presentations to International Corporate Boards of Directors, marketing the school and the Graduating Classes making them aware that Thunderbird was their best to shop for talent!! The most memorable for her happened when she was covering the Intl. Divisions and Business Schools in France. The President, her Boss, contacted her saying that The International World Trade Conference scheduled for the next weekend in Kansas City, Mo. needed a replacement Dinner Speaker for Senator Jack Danforth (Missouri). He had become seriously ill and could not be their speaker. The President told her that the Thunderbird Alums belonging to the World Trade Association wanted "Carol to be the speaker!!" So she had to cancel some of her schedule in Paris, fly out right away to New York and then Kansas City, writing her dinner speech while she was flying! She pulled it off but looked back in awe, wondering how she got through it with major "jet-lag"!! Her topic to the 200 dinner guest was; THE EDUCATION AND TRAINING OF THE 21ST CENTURY MANAGERS. She has shared with her friends that she had always wanted to be a Mother and when her family was limited to two, the LORD made it possible for her to touch many more. She saw 18,000 students obtain their Masters' Degree and start their careers during her tenure there. Her health began to fail in 1999 and she was medically retired. It was a tough adjustment for her, being a work-a-holic most of her life. During her battle with cancer she found Grace Bible Church and knew she had found a new purpose. She had to get her strength back quickly as she wanted to audition for the Choir. She knew instantly that she wanted to be a part of the Choir family, and sing for the Lord. Bottom line, Grace Bible and the Choir became her saving Grace. This family of prayer warriors has also been her support though all she has been through. She had high hopes of returning again to sing but the Lord seems to have had other plans for her. In lieu of flowers the family suggest contributions to Grace Bible Church Music Dept., 19280 N 99th Ave. Sun City, AZ 85373

To order memorial trees or send flowers to the family in memory of Carol Hazelett, please visit our flower store.