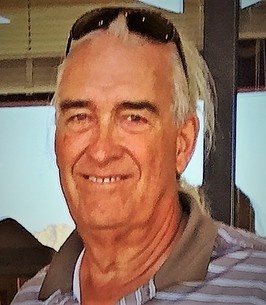 BILL T. PARKER, 71, passed away after a brief battle with cancer December 21, 2018 at home with his family. He was born April 22, 1947 in Evansville, IN, the son of Robert E. and Mary Ann (Trisler) Parker. He often fondly recalled being raised on a farm in southern Indiana as the foundation of his character.
Bill graduated from Francis Joseph Reitz High School in Evansville, IN, Class of 1965; he later received a magna cum laude Bachelor Degree in Education from Southern Illinois University and an MBA from University of Laverne. He served in the US Navy from 1966 to 1986, receiving numerous Vietnam medals, commendations, citations, and the Navy Good Conduct Medal with 3 bronze stars. Bill retired from the Navy after 20 years of service, as Master Chief Petty Officer.
During his Navy years, he married Kathleen (Hendricks) Parker and had two children, Casey and Robert. On Valentine's Day in 1997, he married his spouse, June Lauren (Strompolis) Parker in Santa Barbara, CA; enjoying 21 years of a loving partnership.
Bill worked as a certified quality manager for various satellite manufacturing companies in Ventura County, CA for 10 years; helping several of those companies become ISO 9001 certified. He also taught the Entrepreneur Academy for Ventura County from 1994-1999 and impacted many lives in this role. His entrepreneur students called him the ‘paradigm buster' because he encouraged them to see their businesses differently. He briefly taught for ITT in CA. After moving to AZ, Bill learned the art of golf course maintenance/irrigation and customer care working at Union Hills Country Club from 2009-2012. In his later years, he worked as an organic gardener and became known as the "plant whisperer" because he listened to the plants and they responded well.
Bill loved nature; he enjoyed hiking, geology, and photography. He was an avid golfer most of his life and in recent years, played the courses in Sun City West and Sun City, AZ. He also participated in league bowling in Sun City West and enjoyed regional and national tournaments with friends/family. He volunteered at the Santa Monica Mountain Bike Patrol (in CA) with Lauren, White Tank Mountain Regional Park, and often developed curriculum and taught classes for cities/counties on a wide range of topics.
He is predeceased by his parents, his brother Robert, and his grandson, Jacob. Survivors include his wife Lauren Parker of the home, Sun City, AZ; his son, Robert Parker of Genoa City, WI; his daughter, Casey and Rick Kingsbury of Lake Villa, IL; Step-sons Jason and Jamie Boyce of Tecumseh, OK; Malachi and Courtney Boyce of Santa Paula, CA; grandchildren Grace and Andrew Parker of Genoa City, WI; Katherine and Benjamin Kingsbury of Lake Villa, IL; Step-grandchildren Micah, Madison, and Malachi Boyce of Tecumseh, OK; and numerous extended family and friends.
Final arrangements are entrusted to Regency Mortuary of Sun City, AZ; Bill requested no services be held. To share memories or sign the guest book on-line, go to www.RegencyMortuary.com. The family wishes to express their deep gratitude to Hospice of the Valley, West Valley Office, Phoenix, AZ for their service which was beyond measure.
The family will celebrate Bill's life April 20-24 in Sedona, AZ visiting and reminiscing at many of the places he enjoyed. A memorial hike is planned on his birthday, April 22nd, at a favorite and revered site, Call of the Canyon Park, West Fork Trail.
"What we can easily see is only a small percentage of what is possible. Imagination is having the vision to see what is just below the surface; to picture that which is essential, but invisible to the eye."
To order memorial trees or send flowers to the family in memory of Bill Parker, please visit our flower store.