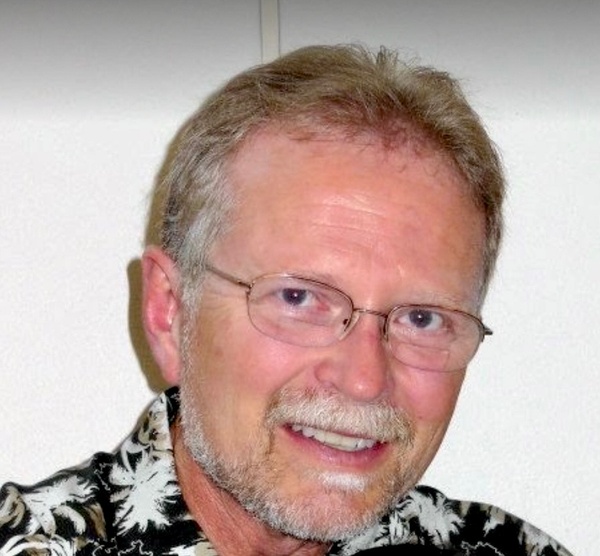 Arthur Flowers of Sun City, AZ went home to be with the Lord at age 64 on May 19, 2022 after great suffering from gastric cancer. He faced every step of it with the utmost courage and faith, and never questioned God’s plan for his life. He passed away peacefully with his wife Raffaela and her sister Kathryn Swanson by his side.

Art was the first born to Garland Jr and Dorothy Flowers on January 26, 1958 in Evergreen Park, IL. He grew up in Burbank, IL and graduated from Reavis High School. He attended Wyoming Tech and then returned to Illinois while his family moved to West Virginia.

He met his wife Raffaela at Elim Baptist Church in Chicago and they were married on May 9, 1980. Their only child Joy Lanette was born in 1981. He worked with conveyers for years and then got into programming. Everything he learned was self taught and he enjoyed traveling with his jobs. Art and Raffaela remained in IL until they moved to Arizona in 2015. He got a position as a Controls Programmer at Amazon and moved up to Control Systems Lead and worked almost until the very end because of his dedication and love for his job. He was always a good provider, had an excellent work ethic, and was highly respected by his peers.

Art was mechanically minded and could pretty much fix anything. He did his share of home remodeling through the years too. He was a big Nascar fan and being with family and friends brought him a lot of pleasure. He truly enjoyed the heat and desert landscape in AZ, so you’d often find him working in his yard. He loved attending church and had a true servant’s heart. He was a patient man and most happy when he was helping others.

Art was preceded in death by his mother Dorothy and father-in-law William Martino. He leaves behind Raffaela, his devoted wife of 42 years, his daughter Joy whom he adored, and beautiful granddaughters Gabriella Joy, Angelina Simone, Gianna Faith, and Isabella Rose. He is survived by his father Garland, brother Roy, sisters Debbie and Inger, and brothers Matthew and Luke. Also his mother-in-law Arlene Martino Burke, sisters-in-law, brothers-in-law, and many nieces and nephews.

His loved ones did not want to lose him so soon, but they are thankful his suffering is finally over. He was deeply loved by many and will forever be missed. Most importantly, his hope was in Jesus, his Lord and Savior, and now he is fully healed and whole for all of eternity in heaven!

While it is a most thoughtful gesture in memory of Arthur, please no memorial trees or flowers. Thank you.

To order memorial trees or send flowers to the family in memory of Arthur Flowers, please visit our flower store.