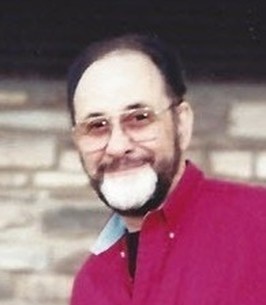 Allen David Lipton, 78, passed away peacefully Monday, April 15, 2019. After a brief illness, Allen entered into Santé Hospice Care at Santé of Surprise in Surprise, Arizona where he was given exceptional care by countless nurses and staff members.

Born August 10, 1940, in Crown Heights Hospital, Brooklyn, New York to parents Moses Meyer Lipton and Pearl (Schiff) Lipton, Allen spent his childhood in the Forest Hills Queens area of New York and enjoyed playing ball in the streets, exploring, and being surrounded by a large Jewish community of family and friends.

Allen graduated from Forest Hills High School, Forest Hills, NY and later attended N. Y. C. Community College serving as Phi Kappa Rho Secretary 1960. While being in this organization, he first entertained the thought of extending his education and becoming a veterinarian. Allen loved to tell the tales of working on a farm in Upstate New York to receive his farm credits.

Serving proudly in the Army National Guard of New York, (1962-68) with a Military Occupational Specialty of Truck Master. Allen's military qualification additionally listed him as an expert with the M-1 rifle. His service was extended as a reserve of the Army where he received an Honorable Discharge, which was awarded as a testimonial of honest and faithful service on January 28, 1968.

Community service always meant a lot to Allen, so he joined as a volunteer firefighter, Parsippany-Troy Hills (NJ) 1966-69. Firefighting and helping people in their darkest hour touched his heart.

In 1969, Allen moved to Charleston, WV as one of the first Corporate Buyers for Stone & Thomas Department Stores based on Lee at Dickinson Street. His knowledge of fabrics and materials earned him many accolades in his field, and he was definitely a distinguished member of his profession and community. He greatly enjoyed traveling and learning as part of his employment.

Allen joined the Kanawha Aquarium Society serving as President 1972, Vice-President 1973 and Treasurer 1975. Allen was published in the twenty-second edition of Who's Who in the South and Southwest, 1991-1992, where name selection is based on one fundamental principle: reference value in their industry and in their communities. In 1995, he was invited to be listed in Marquis Who's Who in the World based on his level of achievement attained in his industry.

Allen was a long-time member of Temple Israel in Charleston under the guidance of Rabbi Israel B. Koller, who presided over the marriage to his present wife Vicky Lipton in 1995.

Allen retired and moved to Surprise, AZ with his wife, Vicky, in August 2001 where he enjoyed many friendships and activities including woodworking; lawn bowling; lapidary and silver craft. Above all, Allen enjoyed traveling with Vicky. They explored the world near and far, often with their dear friend Charlotte Oglesby. Some of their favorite travels included exploring Alaska and Hawaii in the United States, and across the seas they traveled to Australia, New Zealand, France, Italy, and Spain.

Allen will be sadly missed by his loving wife, Vicky after almost 24 years of love and devotion, his daughter, Dawn Feathers, who resides with her husband in Lebanon, TN and his life-long friend, Dr. Ronald Backer, who resides with his wife in Midland, TX.

He is preceded in death by his parents, older brother Bill Lipton (who retired from New York to Surprise, AZ a few years before Allen) and his middle brother, Howard Lipton, who resided in Chicago with his family until his death.

Also, of note, Bonita, his beloved dog, who lived 16 years and four months and was his Valentine's Day present in 2002 from Vicky, unfortunately, died on April 4, 2019, after giving many years of companionship and love.

There will be a non-ceremonial cremation of Allen, and his ashes will be laid to rest, privately, at one of his most beloved spots in Arizona, a State he loved dearly for over 18 years.

We ask his loved ones, friends from all over, and neighbors to toast to his memory while celebrating his life and the joy he felt and lived to the fullest each day before his illness.
To order memorial trees or send flowers to the family in memory of Allen Lipton, please visit our flower store.